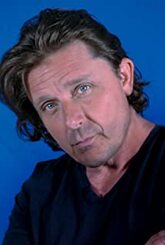 ​
​JEFF JOHNSON - PRESIDENT & POLITICAL STRATEGIST
​Jeff has worked in the film industry for eighteen years. He is the lead casting director in Utah, having cast over sixty-five film and television projects as well as more than one hundred commercials. His credits include High School Musical, which was nominated for an Emmy in “Best Original Casting”. For the last eightyears, he has worked with Sundance Institute’s Film Lab to help up-and-coming directors find talent for their projects. Jeff is also an actor and member of the Screen Actors Guild. 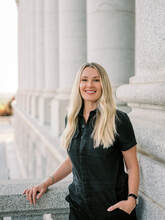 ​
BROOKE REDMON - VICE PRESIDENT & INDIVIDUAL MEMBERSHIPS
​Brooke started working in the film and television industry in 2003 and has since worked with clients such as Disney, National Geographic, Netflix, and many independent producers. She has two Emmys for production on the series American Ride, which has over one hundred episodes in circulation. As a board member for the MPAU, she is a strong proponent of the Utah film incentive as well as the industry as a whole. 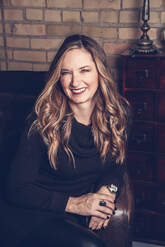 ​
​MARIAH MELLUS - SECRETARY
Mariah Mann Mellus is the Executive Director of the Utah Film Center a nonprofit, arts education organization. Mariah began her career in film and non-profit arts and culture in 2008.  Her not-so-secret talent is connecting people and ideas with the community and the resources they need. Mariah also serves the community as the Vice Chair of the Utah Cultural Alliance board and on the Professional Outreach in Public Schools (POPS) Legislative Committee.


​
KIPLING HICKS - TREASURER
​Kipling began her career in 1996 on the CBS television series Promised Land and has since worked with Academy and Emmy Award winning cast and crew on projects such as 127 Hours, Darling Companion, and the High School Musical
trilogy. Kipling has filmed in some of the world’s most remote and brilliant landscapes. Recent credits include coproducing The Other Side of Heaven 2: Fire of Faith and coordinating the sketch comedy series Studio C. She is honored and delighted to serve as Treasurer of the MPAU.
MATIAS ALVAREZ - MEDIA & VENDOR MEMBERSHIPS
Matias has worked as a Producer, Production Manager, and Director on a variety of projects from local and national commercials and short films to Disney channel television movies and independent and Hollywood feature films. Most recently, he worked on the Paramount television series Yellowstone. Matias holds three prestigious DGA Awards for filmmaking and has been nominated for five. He grew up in Park City, Utah and has mastered the art of high quality film on a budget. He is a member of the Directors Guild of America. 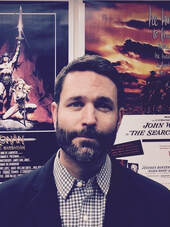 ​
​ANDREW PATRICK NELSON - EDUCATIONAL PARTNERSHIPS & STUDENT RELATIONS
Andrew Patrick Nelson is the Chair of the Department of Film & Media Arts at the University of Utah. He previously taught at Montana State University and the University of Calgary, and has also been a Visiting Scholar at Stanford University. A historian of American cinema and culture, he is author and editor of numerous books and essays, and is also active as a film programmer, museum curator, and media commentator. 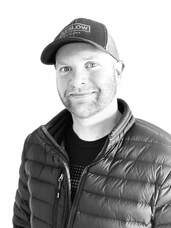 ​BRAD WILSON - MEMBERSHIP COMMUNICATION & VENDOR RELATIONS
As Vice President of Business Development for Keslow Camera (a camera rental house headquartered in Los Angeles), Brad has developed deep relationships with the heads of productions at the major studios/production companies, world-class producers, cinematographers , etc, and is looking to do his part to help build up the film industry in this great state.  Brad's career in film and television spans both coasts of the United States while working at Keslow Camera (LA) and National Geographic TV & Film (Washington, DC), as well as in Sydney, Australia where he received a masters degree in film from the University of Sydney, and came back later to the country to work at Lemac Film & Digital, a premier camera rental house in Sydney. Brad now resides in Utah County and manages Keslow Camera’s presence here in Utah. 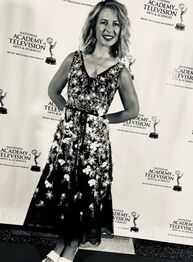 KATY SINE - FOUNDER
Katy serves the board and the industry as the founder of the Motion Picture Association of Utah.  She was instrumental in establishing Utah's Motion Picture Incentive Fund and tax rebate programs an essential part of Utah's film and media infrastructure and continues to work with industry leaders. She has been pivotal in establishing advocacy, community and representation for Utah media professionals for almost two decades. Katy is also an Emmy-award winning director, producer, and show runner and has been recognized as a top 25 filmmaker in North America. She has premiered films, commercials, television programs, plays and educational content throughout the US and internationally. She is committed to collaboration and is the founder and owner of REEL People Productions which specializes in educating, engaging, entertaining and innovative positive media. Katy works with organizations like Spy Hop to mentor the next generation of content creator. She is deeply passionate about supporting and encouraging women and girls to hold more leadership positions within film and media. Katy has attended University of Utah, University of Cambridge and holds a masters degree in Applied Positive Psychology with distinction from the University of Pennsylvania. ​ 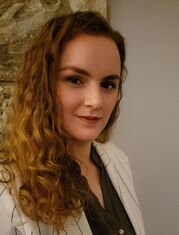 J CELENE MITCHELL
Celene is honored to serve as a board member for the MPAU. With such a rich film legacy in Utah, Celene hopes to continue the work of those before her and create a sustainable future for Utah's film industry. She also hopes to encourage younger filmmakers to get involved with this effort and to continue to strengthen and elevate our community. Celene currently works as an art department coordinator, in addition to various roles in production offices. A fan of spreadsheets, Celene loves to provide administrative support to her many friends and colleagues in film. She loves collaboration and takes great satisfaction helping creative people do their best work.